Higgs Particle Helps Explain Why there is Mass in Objects Found in the Universe... 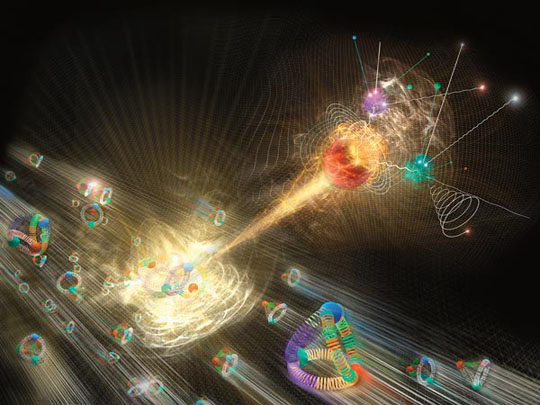 In an artist\'s conception, a Higgs boson erupts from a collision of protons.

With 99% certainty, the Higgs Particle discovery is a major scientific breakthrough. It helps explain why some objects have mass in the universe and why others do not. The mass is created by a "Higgs field" and without it, it would mean life would not exist in the way we know it. The Higgs Particle is also commonly referred to as "The God Particle".

Read more about it at National Geographic